The 19th-ranked Arkansas Razorbacks on Saturday defeated No. 25 Cincinnati 31-24 thanks in large part to the leadership of QB KJ Jefferson and a bend-but-don-t break defense – even with standout defensive back Jalen Catelon out for most of the second half with an injury.

A season opening win was a big relief for a team and its fans considering the Razorback schedule is the toughest in the nation. 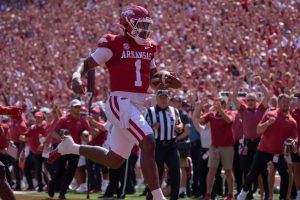 QB KJ Jefferson runs for the first touchdown of the game Saturday (Sept. 3) against Cincinnati. (photo by Mark Wagner)

“Now we’ll move on to South Carolina, but our schedule’s the hardest schedule in football, you just got to try to be 1-0 and then next week 2-0, so to get that one out of the way with a win was really nice,” Head Coach Sam Pittman said after the game. “The great thing I told the kids after the game is we have a lot to clean up, but we are 1-0 and now I think that’s our fifth top 25 team we’ve beaten in the last 20 however many games we’ve been here.”

Arkansas had 224 rushing yards, with the longest rush at 37 yards. The Hogs averaged 5 yards a carry on rushes. 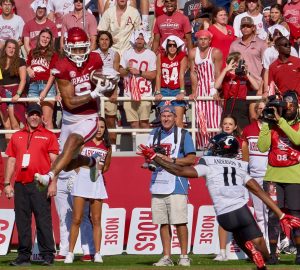 “We got probably about what we thought, a very physical Cincinnati team and a lot of first game mistakes by both teams,” Pittman said in the post-game interview. “We certainly had ours. I am very pleased with a lot of things in the game and part of it was when they got the ball when we turned the ball over on the 3 yard line and they had to kick a field goal. That was a big moment, and that was the crowd. Ten of those yards was Razorback Nation, so we thank them for that.”

Following are other game notes from the University of Arkansas.
• Saturday’s attendance (74, 751) is the largest season-opening crowd since the 2006 opener against USC (76,564). Additionally, Saturday’s crowd is the seventh-largest in DWWRS history.
• Arkansas registered its 27th INT since the start of 2020 (24 games). It ties with Alabama for most in the SEC in that span.
• LB Bumper Pool logged his 18th career game with double-digit tackles. 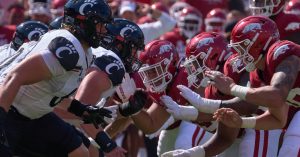 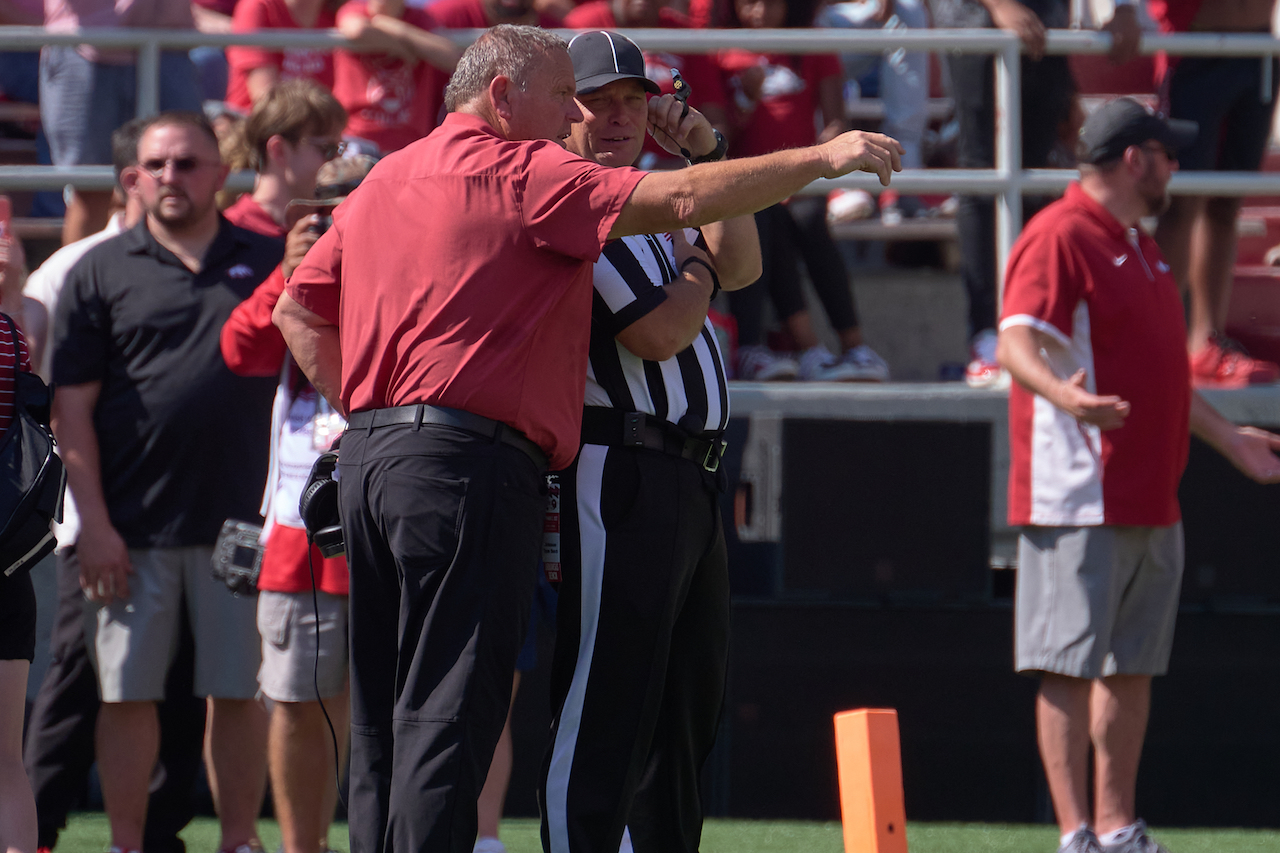 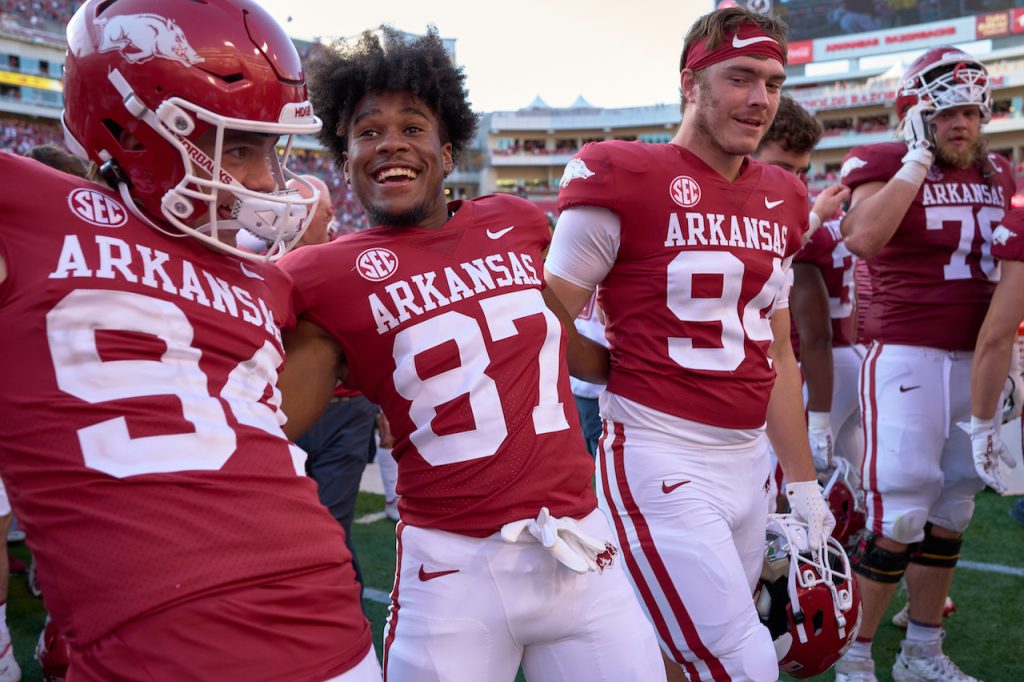